In what populations does intravenous or nebulized magnesium sulfate provide benefit?

What evidence does the literature provide to address this question?

Goodacre et al in 2013 published the 3Mg Trial in Lancet– a double-blind, randomized controlled trial looking at the benefit of intravenous or nebulized magnesium sulfate in adults with severe asthma. This study looked at adults (age 16 or older) with severe asthma at 34 hospitals in the United Kingdom with 1109 patients were randomized to receive standard albuterol therapy along with 2 g magnesium bolus, nebulized magnesium (500 mg dose x 3), or placebo. Outcomes measured were proportion of patients admitted within 7 days of visit and breathlessness 2 hours after treatment using a visual scale. The Cochrane Collaboration published a meta-analysis in 2014 which looked at 14 trials from the Cochrane Airways Review Group Register and RCTs of adults treated in the ED for severe asthma if they compared any dose of IV magnesium sulfate with placebo- including the 3Mg Trial.

In 2016, the Cochrane Collaboration published a meta-analysis evaluating children who received intravenous magnesium sulfate for an acute asthma exacerbation using similar methods as during the adult review. Only five studies were included.

There is a single-center, randomized, double-blinded pilot study by Mukerji et al published in November 2015 looking at the benefit of intravenous infusion of 2 g of magnesium sulfate in patients with acute COPD exacerbations with FEV1 measured on arrival, after initiation of bronchodilator therapy, and again at time 0, 60 min, and 120 min after infusion. Only the abstract is available at this time, however the reported result were:

What is the quality or validity of the evidence?

Shan et al 2012 used the five-point Jadad score to evaluate the quality of the research which looks at appropriate randomization, double blinding, and withdrawals/dropouts. Scores were typically 3-5 (with 5 being the highest). There were numerous limitations of this study. The first is that the sample sizes in most studies were small and asthma severity was not included due to an effort to preserve study power. Using standardized mean differences (SMD) to report changes in pulmonary function was done as there was no good consensus between the studies in outcome measure (FEV, FVC, etc)- however this is awkward as it’s not an outcome measure we often think in. Finally, no studies used ipatroprium which is a standard of care for severe asthma.

The 3Mg Trial by Goodacre et al was powered to detect a small difference in admission rate, however it was prematurely terminated due to funding and did not reach its goal sample size of 1200 patients. This did result in an approximate 16% loss of power. Care was taken to ensure that study was double-blind and that the order of treatment modalities reflected standard of care- however the details of this are not clear. Additionally, standard doses were used for both intravenous and nebulized treatment, unlike prior meta-analyses.  The study was conducted in the UK, which may reduce the clinical relevance for patients in the US.

The Cochrane Review of utility of magnesium sulfate was limited to intravenous treatment in adults. The meta-analysis resulted in a significantly improved power when compared to other studies. Adverse events could not be analyzed due to lack of consistency in reporting.

Similarly, the Cochrane Review of pediatric studies was limited to intravenous intervention. Results were based on only 115 patients resulting in an overall low confidence in the results. As with the previous study, adverse events could not be analyzed due to lack of consistency in reporting.

Edwards et al looked at the potential benefit of nebulized magnesium sulfate in adults with COPD exacerbations and found no difference when therapy was initiated after receiving- and not effectively responding to- Duoneb treatment. The goal of starting magnesium therapy only after receiving albuterol and ipratroprium was to exclude those patients who may be suffering from asthma- a populations in whom the authors felt evidence had previously demonstrated a benefit from magnesium therapy. This is sited as a potential interfering factor as it may have result in maximal improvement of bronchodilation prior to magnesium therapy. However, given that the standard of care of in acute COPD exacerbations at this time is to initiate Duoneb therapy, this was a preferred design. Of interest, none of the patients had to undergo treatment with NIPPV therapy- this seems unusual when compared no the COPD exacerbation severity observed within the US.

Little can be said about the paper by Mukerji et al at this time as only the abstract is available. However, their sample size of 30 patients demonstrates a significant reduction in desired power for this study. 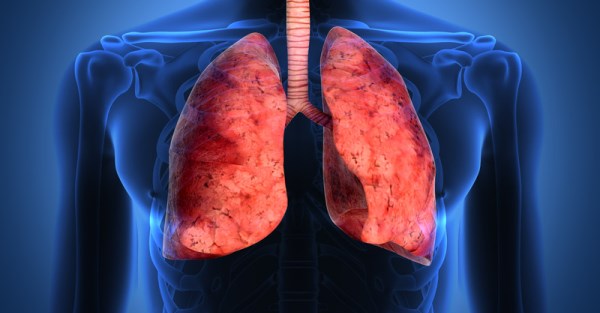 How does this apply to clinical practice?

The research on the benefit of magnesium sulfate- either intravenous or nebulized- for the treatment of acute exacerbations of asthma and COPD are scattered and of varying quality, sample size, and relevance to the US population. However, there does appear to be some support of use of intravenous magnesium in the treatment of asthma and potentially for COPD exacerbations– although the volume data on the latter is even more lacking. There did not, however, appear to be any significant adverse effects of magnesium infusion or inhaled therapy in the studies evaluated, suggesting that it may be worth consideration in patients who do not demonstrate significant improvement with initiation of standard therapy.

Edwards L et al, Use of nebulized magnesium sulphate as an adjuvant in the treatment of acute exacerbations of COPD in adults: a randomized double-blind placebo-controlled trial. Thorax. 2013; 68:338-343

One thought on “Magnesium for COPD/Asthma Exacerbations helpful or hocus pocus?”